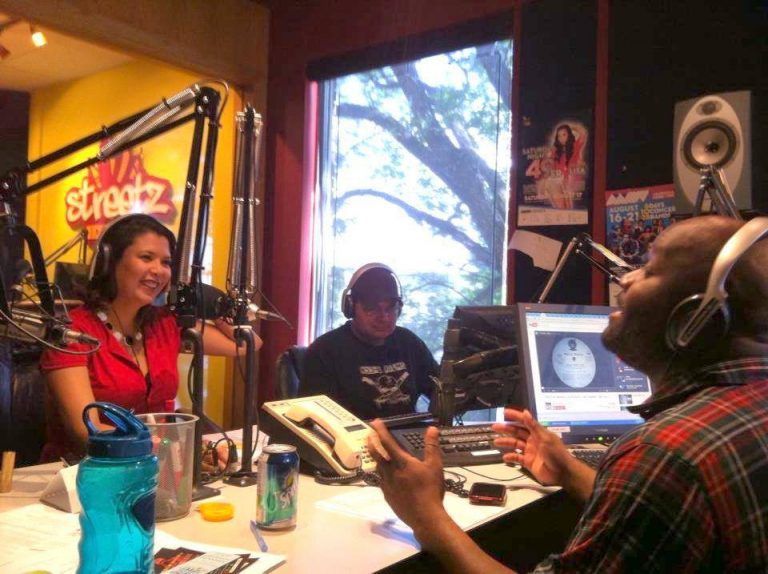 Dana Foster, graduate of NW-ACE cohort 4, shares her wealth of experience in communications with the larger community.

Dana initially received her diploma in Broadcasting and Performing Arts from Columbia Academy, before moving on to take numerous roles in broadcasting. She spent four years with Peace FM, working as an on-air host, assistant program director, and a broadcasting instructor for students looking to pursue a career in broadcasting. Her work with Peace FM also included emceeing events and fundraisers; creating training material for volunteers at the radio station; and teaching and mentoring students. Dana was recognized for her leadership at Peace FM with the Youth and Innovation Award for the Youth Broadcasting Program she championed, and through a nomination in the service category of the Aurora Award of Distinction.

After working with Peace FM, Dana worked with numerous radio and television networks, including APTN, Bell Media, Jim Pattison Broadcast Group, New Cap Radio, CFNR FM, and Thiessen Media. Her roles with these organizations were varied, and included work as a national news anchor, video journalist, news reporter, co-host, and talk show host. For an example of Dana’s work, watch this interview she conducted with APTN called the Keeper of the Drum.

In 2013, Dana used her wealth of experience in communications and entrepreneurial drive to found IC Media Incorporated, a communications organization that develops and delivers life skills seminars and coaching programs for First Nations communities. Through IC Media Inc., Dana has implemented public awareness strategies through on-air broadcasting. Moreover, IC Media Inc. has produced television segments for notable events across Canada, including the Junos, Aboriginal Music Week, Manito Abhee, and Pride Winnipeg. Dana’s work has not gone unnoticed, as IC Media Inc. was named a finalist for Thrive North, a business challenge for entrepreneurs in Northern BC.

Dana was also recently hired as a social media and content manager for the digital marketing company RTOWN. She is currently working with a “couple of dozen” small businesses across Canada, creating and managing social content on their platforms. As one example, Dana is working with the village of Telkwa to create an online economic development plan. The village intends to use the online plan to entice more residents to the area, and to shine a spotlight on the community so that entrepreneurs and businesses might consider relocating to Telkwa – especially businesses in the online sector. Dana is also working with companies and businesses in other areas of interior BC, such as Prince George. Her current base of operations is in Kamloops.

The entrepreneurial training Dana received in the ACE program gives her a unique insight into the need for small businesses to have a strong online presence and brand. Dana says that she talks “with business owners daily, and I get to help them create buzz and to create content for them that gets their business out. It’s an amazing opportunity to be able to support business owners on a social platform, in a social world, where they may not have the knowledge about analytics, or the ad campaigns that we create for them that give them the best reach, or targeting their audience." Dana also says that her experiences in the ACE program helped her “understand demographics, and understand target audiences” for the clients that she works with. Additionally, the social media training she received through ACE was a valuable addition to her repertoire, especially when considering her current position.

She credits the vision of RTOWN CEO or ‘Mayor’, Luke Aulin, with creating a “happy and positive workplace” that is governed by core principles like trust. Dana explains that, “you can trust your co-workers [as] they’re [so] supportive with any kind of issues that I’m having. I know that I can go to my manager and get the support and help that I need. She is patient and willing to sit down with me and go over things that I need to be more educated on.” Though the company has many team building initiatives, such as book clubs and vacation retreats, there is still a focus on professional development. One week she may be working in the Shuswap, and the next she may be in Yaletown attending a workshop on Facebook ad management.

Dana has extensive expertise in broadcasting, project management, community engagement, business development, and social media management, but also in entrepreneurship, which she learned from her parents. In an interview with CBC Radio, Dana described that she “grew up in a family where [her] parents have been entrepreneurs.” Dana goes on to say that she “watched them a lot, from the time when they bought their own gas station and [she’s] seen those failures. And [she’s] seen them be successful flipping homes and so forth.” (Interview with CBC Radio, Aired October 29, 2016).

Learning from the experiences of her parents had a significant impact on her dream of being an entrepreneur. As Dana describes, she’s “always had that dream: wanting to be independent and wanting to create [her] own dream, and to be successful in it" (Interview with CBC Radio, Aired October 29, 2016).  In fact, Dana recalls when she first thought about being an entrepreneur in grade three. “The first time I think, now looking back, I had a lemonade stand and in order to get more customers, I decided it would be a good idea to add popcorn. Free popcorn to entice more people to buy lemonade”

When asked about what led Dana to the ACE Program, she described that it was not only her entrepreneurial drive, but also “[a] series of wanting to help others from situations of being on the bottom where I was and wanting to create a community where I can support women who have gone through the things I’ve had to face” (Interview with CBC Radio, Aired October 29, 2016).

Since beginning the ACE Program, Dana has been preparing to launch the Women’s Online Network, which is a network focused on communicating a message of empowerment to inspire women and youth to take the steps to living their dream. The Women’s Online Network’s first video series to communicate her message is called “Mountain Girls Thriving,” which focuses on women living in Terrace BC who are inspiring others in the community.

Dana reflects on her experiences in the ACE program, describing, “What I came in there wanting to do and create was completely different from what I’ve created within my business plan. I thought I would continue with doing workshops and supporting and creating that whole concept.” Dana adds, “it was eventually created into the true dream that I did want I just didn’t know how to get it” (Interview with CBC Radio, Aired October 29, 2016).

Dana credits her teachers in the ACE Program for helping her create her dream of using her expertise to continue her role as leader to others through the Women’s Online Network, noting that “one of the biggest challenges…[was to] put that big, wide picture of what I wanted to create on paper.” However, she described that “it’s a rare experience to have your professors truly care about your business plan, your dream, your becoming an entrepreneur, which is amazing” (Interview with CBC Radio, Aired October 29, 2016).


Dana explains that the mentorship she experienced through the ACE program was important: “Ace definitely sort of gave me the kick off the edge [that] I needed. And I also had a business plan coach who worked for the University of Victoria, Jordan Hrenyk. She worked with me for an entire year . . . She was able to funnel all of the information. I was able to talk, and she was able to listen and help rewrite. So that was another really great aspect of ACE.” She also spoke highly of NW-ACE Program Manager Cory Stephens, “Cory does not let up on his invested in our future and what we do, and what we’re creating. It’s so rare to have professors that actually care about your future.”

Dana also explains that the ongoing support of instructors is an overlooked aspect of the program: “You’re not in a course, in an auditorium, with a hundred other students trying to get one second of a [instructors] time. We have an ongoing relationship. I’m friends with most of the [instructors] on my Facebook page. If I’m accomplishing anything, or doing anything, with my business they’re already commenting, saying “c’mon Dana, you can do this”. That’s part of being an entrepreneur, you’ve got your ups and you’ve got your downs.”

APTN News – The Keeper of the Drum